The 22nd Shareholders’ Ordinary General Assembly meeting of VisionFund microfinance S.C was held on December 10, 2021, at the Saro Maria Hotel. 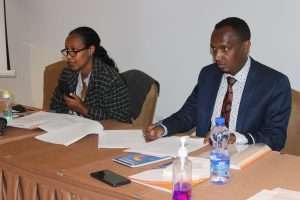 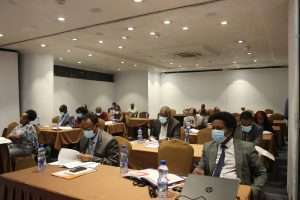 The meeting was begun by approving 7 Agenda items for the ordinary meeting. Following her welcome message, M.s Eleni Mergia, Chairperson of the Board of Directors, presented the Board of Directors’ report to the General Assembly. According to the Chairperson, Vision Fund microfinance made a significant difference in the lives of its clients by providing financial services during 2020/21FY.  She stated that the Institution performed admirably across all key performance indicators during the fiscal budget year. In addition, the external auditor presented to the General Assembly the audit report for the fiscal year ended June 30, 2021.According to the Board of Directors and external auditors’ reports, the Institution’s performance for the financial year ended June 30, 2021, was inspiring in the face of several environmental challenges to address financial services for communities.

According to the BOD report, the Institution’s main financial performance achievements are as follows:

Based on the shareholder’s questions and clarification requests on the basic financial performance issues of the insti¬tution, the CEO, Taye Chimdessa, responded to the questions and praised the Board of Directors for their continued oversight and support of the institution’s achievements.